The Ruth Page School of Dance continued its commitment to the world of professional dance embracing talent and diversity through its latest scholarship named in honor and in partnership with legendary prima ballerina Lauren Anderson.

Lauren Anderson is an American ballet dancer and a former principal dancer with the Houston Ballet. In 1990, she was one of the first African-American ballerinas to become a principal for a major dance company, an important milestone in American ballet. Ms. Anderson appeared in many ballets such as "Don Quixote," "Cleopatra" and "The Nutcracker." In 2016, Anderson had her pointe shoes from her final performance placed in the Smithsonian's National Museum of African American History and Culture.

Director of the Ruth Page School of Dance Victor Alexander worked with Ms. Anderson to create this scholarship that includes full tuition and housing for young BIPOC dancers, ages 17 - 25, to participate in the Ruth Page Civic Ballet Training Company, with mentorship from Ms. Anderson, herself.

For the 2021-2022 Season, two scholarships were awarded, to Maurissa Powell and Exodis Ward. Read more about the recipients below:

Maurissa Powell was born and raised in Madison, Wisconsin. She trained in ballet at The School of Madison Ballet under W. Earle Smith and Rachelle Butler, and summer intensive programs at The Jillana School, Ballet Chicago, Oregon Ballet Theatre, Pittsburgh Ballet Theatre and Fort Wayne Ballet. Maurissa is a former Brown Girls Do Ballet ambassador and a national medalist for Ballet at NAACP’s 2019 Afro-Academic, Cultural, Technological and Scientific Olympics. She also enjoys acting and performing music theater. She was an apprentice artist with Madison Ballet for 2 seasons and performed in The Nutcracker, A Midsummer Night’s Dream, Cinderella, Emerging Voices and Inside Out.  She is excited for the opportunity to dance with Ruth Page Civic Ballet Training Company this season! Maurissa is a recipient of the Lauren Anderson Scholarship.

Exodis Ward is from El Paso, Texas. She was first introduced to the dance world at age 11, when she took her first ballet class. It was love at first tendu.  A student of Andrée Harper, she has performed several solo variations, including Arabian and Sugarplum Fairy from The Nutcracker, Medora’s variation from Le Corsaire, as well as several original performances works with the El Paso Youth Symphony Orchestra. Her range includes ballet, African and contemporary. Exodis attended the Jillana School summer intensive, run by Jillana- an original Balanchine ballerina- and Dance Theatre of Harlem’s summer intensive as a scholarship recipient. Exodis is a recipient of the Lauren Anderson Scholarship for the Ruth Page Civic Ballet Training Company and aspires to become a versatile dancer, with the ability to do anything.

If you are interested in applying for the Lauren Anderson Scholarship for the 2022-2023 season of the Ruth Page Civic Ballet Training Company, reach out directly to victor@ruthpage.org. 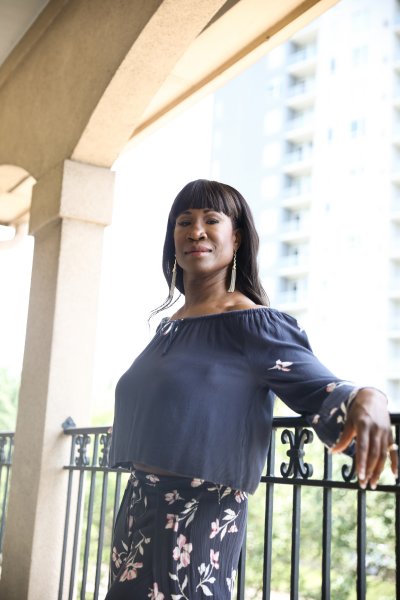