The Ruth Page Center for the Arts Theater


The winner of eight Tony Awards, including Best Musical, Porchlight’s production will thrill you with a story over 130 years in the making! Set against the backdrop of a repressive and provincial late 19th-century Germany, and based on Frank Wedekind’s 1891 play that was immediately banned due to its subject matter, Spring Awakening tells the timeless story of youthful self-discovery and budding sexuality as seen through the eyes of three teenagers. Haunting and provocative, this landmark American musical celebrates a journey from adolescence to adulthood with a power, a poignancy and a passion you will never forget.

Head to http://porchlightmusictheatre.org to purchase your tickets now! 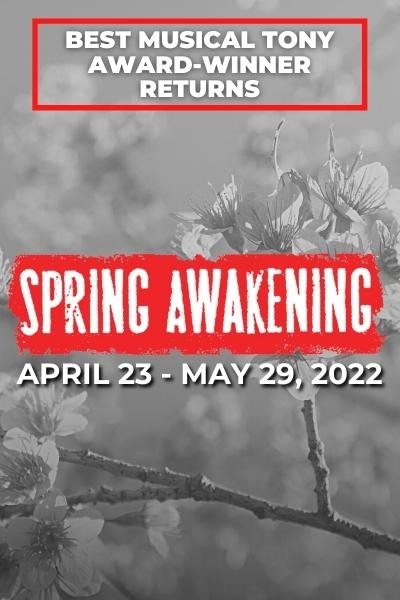